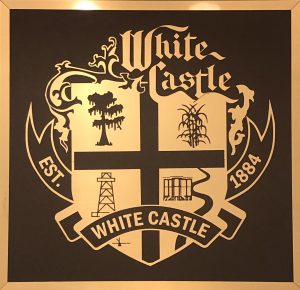 The Town of White Castle, LA (September 2020) – The Town of White Castle announces the upgrade of 750 water meters and the related Automatic Meter Infrastructure. The installation was completed in early July 2020.  “This upgrade will allow meters to be read and monitored from a central location,” stated John Morris III, Mayor. “The result is the utility will operate more efficiently while improving service to our customers.”  Core & Main provided the metering solution including project design and installation.  Government Capital Corporation, Southlake, Texas provided the financing for the project.

“Government Capital’s expertise and experience was a great value to our project,” stated John Morris III.  “Their knowledge of public sector financing greatly streamlined the project.”

“I want to congratulate Mayor Morris and the Town Alderman for their foresight and leadership with the upgraded water meters and AMI,” stated Marti Sauls, Client Services, Government Capital Corporation. “This investment will benefit the Town of White Castle for many years.”

About Government Capital Corporation
Government Capital Corporation is an endorsed financing partner of LaMATS and is a leading public finance firm providing professional financial services to municipalities, parishes, fire districts, schools and other local governmental entities. Since its founding in 1992, the company has successfully completed thousands of municipal financings exceeding $4 billion in Louisiana and across the country. For more information, visit www.govcap.com.

Fairfield, Texas (April 2018) – The Fairfield Economic Development Corporation announced plans for the development of a $2 million industrial park infrastructure project located in Fairfield, Texas just off Interstate 45. KSA Engineering, Inc., from Lufkin, Texas will provide the professional services. The project improvements are to include 1,650’ of new street, 12” water lines, 8” sewer, new sanitary sewer lift station, 6”natural gas, three-phase power and telecommunications. Construction is scheduled to start within the near future and once completed will provide 110 acres of shovel ready land for development.

Fairfield EDC chose Government Capital Corporation to provide financing for $1.5 million of the project in the form of a 15 year term loan secured by the EDC’s sales tax revenue. David Fowler, President for the Fairfield EDC stated “Government Capital had the best competitive rates and terms for our project. Their customer service and expertise are second to none.”

“This is a great example of dedicated leaders being responsible with their resources and diligently assessing the needs of the growing area. It was my pleasure to work alongside this great team.” stated Michelle Sanders, Client Manager at Government Capital Corporation. “I would like to congratulate Mr. Fowler and the Board for their work and foresight.”

About Fairfield Economic Development Corporation
The Fairfield Economic Development Corporation (FEDC), is a non-profit, Type A, economic development corporation whose mission is to promote, assist and enhance economic development opportunities in Fairfield, Texas. Our company is funded by a portion of the sales tax receipts from the City of Fairfield. FEDC’s primary focus is on employers that sell a majority of their products and services to markets outside our regional economy. An economic growth factor is realized by the City of Fairfield’s retail and services sectors. For more information: fairfieldtx.com