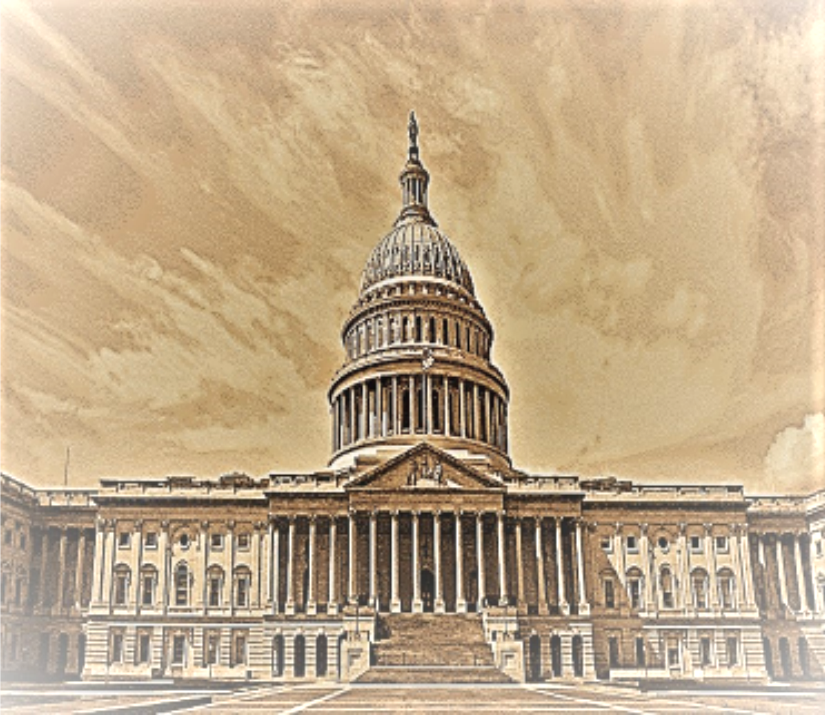 It’s difficult to believe that three fourths of 2019 is already over. As we head into the final quarter of the year, the global market is experiencing more volatility than we’ve seen in recent history. At the beginning of the year, the Federal Reserve indicated that interest rates were heading more towards a higher neutral rate. Three quarters later and over 100 basis points lower on the 10-Year Treasury rate, the federal reserve has adjusted their monetary policy to help spur growth in reaction to declining economic trends.

In September, the Federal Reserve lowered interest rates 25 basis points for the second time this year. The two interest rate cuts this year were aimed to provide some insurance against rising risks from trade uncertainty and slowing global growth. Federal Reserve Open Market Committee Chairman Jerome Powell is facing new pressure to declare a third straight interest rate reduction in response to weakening economic data and volatile financial markets. The Federal funds futures market has now placed a 76% probability on the Fed lowering rates at their next Open Market Committee meeting, which is in late October. However, much of the Fed’s adjustment in its monetary policy have been muted by growing economic pressures. The recent lag in economic data also has investors being more cautious as our record long expansion cycle continues to lose ground. 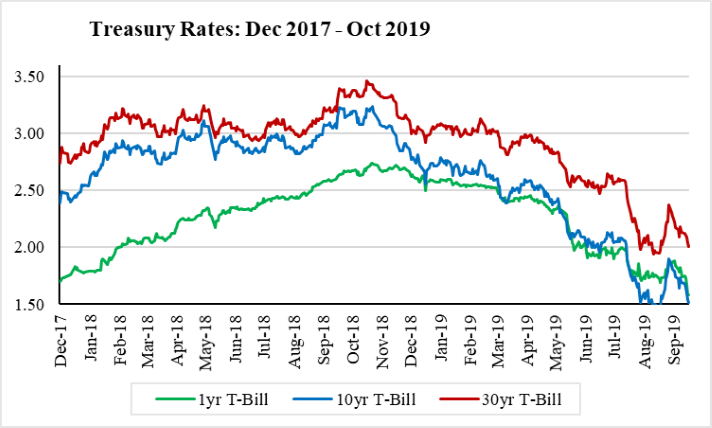 On a macro, worldwide level, the effects of the United States’ 15-month trade battle are piling up fast.  With all of the recently enacted tariffs and the higher value of the U.S. dollar compared to other currencies, it’s becoming much harder for U.S. companies to remain competitive in trade across the globe.  As evidence, the most recent U.S. manufacturing index contracted for the second month in a row and is now creeping along at the slowest pace in over a decade.  This decline causes company profits to shrink and restricts future growth in many sectors of the economy.  Company layoff announcements have increased year over year and we’ve witnessed declines in the U.S. services sector, which employs roughly 70% of Americans.  Slower job growth typically decreases consumer spending which accounts for more than two thirds of the United States Gross Domestic Product.