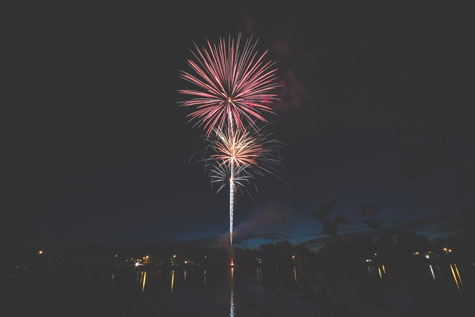 The U.S. economy is now enjoying its longest economic expansion in history. As of July 2019, the United States surpassed its previous expansion period record of ten years which occurred from 1991 to 2001. This is remarkable considering an average economic expansion cycle lasts roughly four to five years. Like Independence Day, that is truly worth celebrating! However, many are now pondering the question, “how much gas is left in the expansion tank?”

Although U.S. economic expansion continues, the actual rate of growth is declining. Second quarter Gross Domestic Product is projected to decrease roughly 50% from the first quarter GDP increase of 3.1%. This type of decline in growth usually produces a more volatile market with increased fears of the economic expansion coming to an end. In response to these recent trends, the Federal Reserve recently re-emphasized that their primary objective is to support economic growth especially in the near term. In order to achieve this when growth is on the decline, the Federal Reserve will typically start adjusting their monetary policy by cutting interest rates. Changing monetary policy is much harder when the Fed is trying to spur growth rather than adjusting policy to limit growth. Although market analysts are currently divided on exactly what the Fed should do next, the bond and equity markets have already priced in multiple interest rate cuts from the Fed between now and the end of the year. The 10-year Treasury rate declined to 1.96% on July 3, 2019, which is the first time it’s fallen below 2.00% since November 8, 2016. The general consensus is that interest rates will remain low for the foreseeable future.

Even though the U.S. is experiencing a decline in economic growth, we are still well positioned compared to many other countries around the globe. However, we are mindful the outlook could deteriorate if the U.S. can’t resolve its trading disputes with some of our major trade partners, especially China. Federal Reserve Chairman Jerome Powell commented on this topic recently stating, “The global risk picture has changed, really just in the last six to eight weeks. And it’s around trade developments and concerns about global growth.” For over a year now, the U.S. and China have been attempting to work out trade differences with no resolution yet in hand. Many U.S. company profits have already been squeezed by the retaliatory tariffs, causing them to downgrade their future earnings forecasts. It’s difficult to gauge when or if these trade wars will get resolved, but it’s clear the Trump administration is highly motivated to work out these trade agreements prior to the 2020 Presidential election.

On July 5th, the U.S. employment report for June was released, reflecting a much stronger labor market than what was initially anticipated. The labor report helps support the case that our economy is slowing down but certainly is not sinking. Instead of the aforementioned forecast of multiple interest rate cuts through the end of the year, many now believe the Fed will most likely cut rates only once in the last half of 2019. In any event, it appears the Fed will continue to be patient in adjusting their monetary policy and won’t make any significant moves unless there is consistent data to justify any changes.

Photo by Adam Whitlock on Unsplash