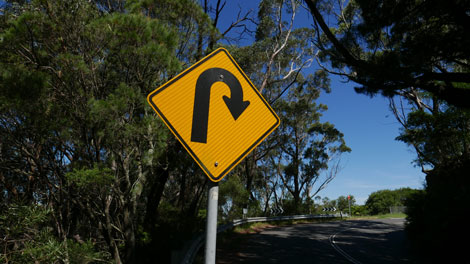 Over the past quarter, the Federal Reserve has turned a complete 180 degrees on their monetary policy and plans for future interest rates. You may recall, on December 19th last year, the Fed raised interest rates for the ninth time since 2015 and also penciled in two to three more anticipated rate increases for 2019. This move by the Fed was largely questioned by many economists who thought the Fed was being overly optimistic about U.S. economic growth and underestimating the effects of various global economic uncertainties. In December, the S&P 500 dropped over 10% and the ten-year U. S. Treasury note started this year 68 basis points lower than in early November. This sharp decline in the U.S. equity markets prompted the Fed to release a subsequent statement well before their next regularly scheduled policy meeting, stating that they plan to be patient on any future interest rate increases. This news apparently provided a temporary fix for the stock market as the U.S. equity markets rebounded nicely in the first quarter of 2019, erasing the December losses.

In the most recent Fed meeting held in March, the Fed seemed to convey a much more dovish economic outlook and transparency in their monetary policy moving forward. Chairman Jerome Powell stated their adjusted outlook contains zero interest rate increases for 2019 and one rate increase in late 2020. Moreover, over two thirds of Fed officials indicated they don’t see a rate increase in 2020. This new outlook suggests interest rates will stay low for the near future in an effort to help boost the economy. Other key takeaways from the Fed’s recent March meeting included: a) their plan to keep shrinking the Fed’s balance sheet through the end of September, and b) their downgraded forecasts of U.S. GDP and inflation.

With this backdrop, many market participants believe that a recession could occur within the next two years even if the Fed does everything perfectly. In March, the U.S. Treasury yield curve inverted for the first time since 2007, meaning investors can earn a higher yield investing in a one-year Treasury than they could with a ten-year Treasury. A yield curve inversion has historically been seen as an early indicator of a recession looming. The drastic fall in longer-term U.S. Treasury yields can be partially attributed to other large economies such as Europe where ten-year bond yields are currently providing negative returns. Amazingly, this means for example, if you purchase a ten-year German bond, you will receive less in ten years when it matures than what you originally invested. This helps explain why many global investors are buying as many U.S. Treasuries as possible. 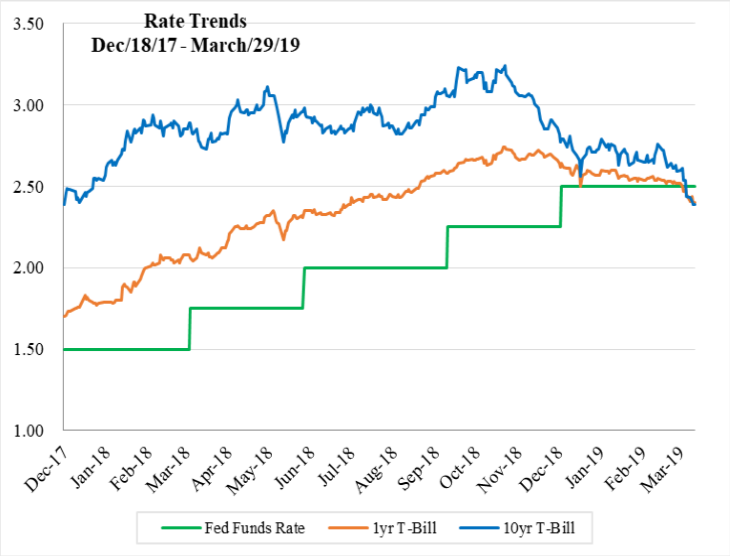 The U.S. economy is still growing but at a much slower pace than anticipated mainly due to the global weaknesses outside the U.S. The negative yields in Europe coupled with Britain’s chaotic effort to leave the European Union (Brexit) have caused economists to downgrade their economic outlook. The momentum of a great trade deal with the U.S. and China is slowly fading away with less optimism of any deal being negotiated that satisfies both parties. Suffice it to say, the economic impact of this trade deal will be significant for both economies.

In summary, the recent reduction in interest rates and softened economic outlook from the Federal Reserve will enable lower borrowing costs in most markets. With interest rates currently at fifteen month lows, municipal issuances are projected to increase for the foreseeable future.

Photo by Jim Wilson on Unsplash