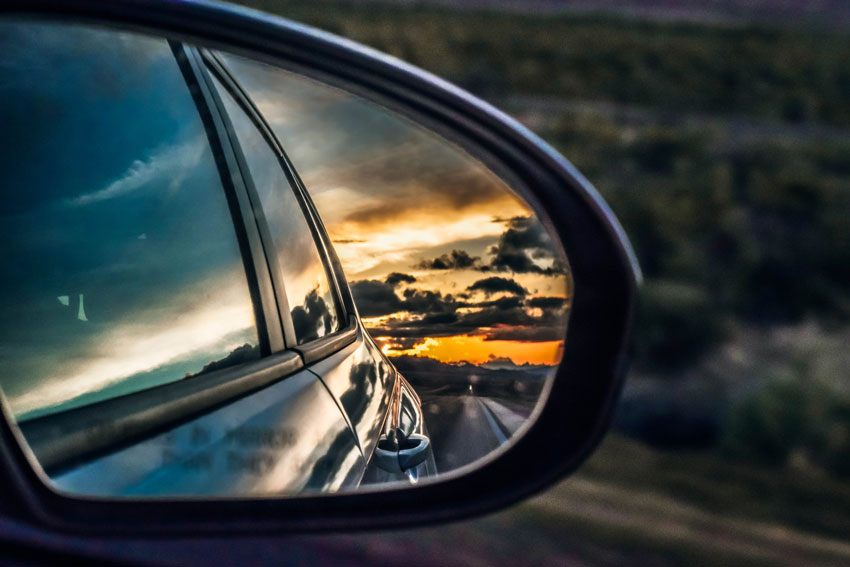 There is a common saying in sports, that “winning solves all problems”. However, when losses start to accumulate, what’s been overshadowed for so long comes under scrutiny. During 2018, the U.S. experienced GDP growth peaking at 4.2%, unemployment declined to a 49-year low, oil prices hit a 4-year high, the 10-year Treasury was up as high as 3.24% along with overall increases in consumer spending and corporate profits. So, why did 2018 end with so much economic uncertainty and volatility in the debt and equity markets? With almost all those positive trends now in the rear view mirror, many are voicing opinions on what or who is to blame for the volatile fourth quarter.

Looking forward, several factors are in play that will continue to impact financial markets:

China, in fact does matter. Many U.S. businesses rely on Chinese production and buy products from China and the new tariffs have caused many U.S. companies to downgrade their 2019 earnings forecast.

Economic growth from the corporate tax cuts are beginning to fade. With stock buybacks reaching a record high of more than $1 trillion, some economists are questioning whether the tax cuts were actually a good economic spending stimulus.

Global weakness outside the U.S. is causing concerns. More than 75% of global economies are in bear markets and have experienced economic downturns. China’s economy which is the second biggest economy in the world is one of many economies that are suffering. 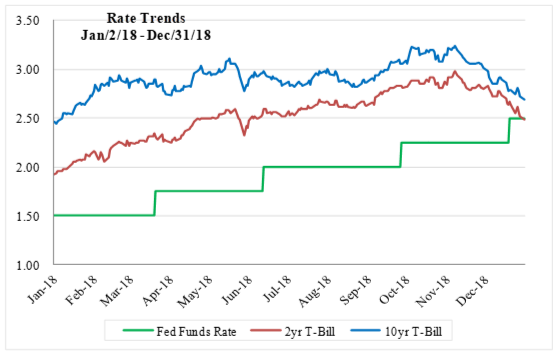 Given all the recent uncertainty and factors above, everyone is wondering if and how the Federal Reserve will act in 2019 to mitigate any further market volatility. In December, the Federal Reserve announced their ninth interest rate increase since December of 2015 and even went further, penciling in two more possible rate increases for 2019. However, the much bigger headline was the Fed revised their growth forecasts downward. Many economists believe the Fed overestimated the sustained economic impact of the corporate tax cuts and underestimated the impact of the trade war with China. Additionally, many major investment firms have already priced out some of the rate increases the Fed had penciled in for 2019. Based on the December 2019 Fed Funds futures contracts, the market is placing a higher probability of a rate reduction versus another rate hike in 2019. Just as this article was going to press, Chairman Jerome Powell confirmed the Federal Reserve will be more patient in considering any further interest rate increases. Additionally, in a further effort to assuage investors, he announced they will hold press conferences after every monthly monetary policy meeting beginning this year.

Overall the U.S. had a good 2018 and is still the largest economy in the world. However, that doesn’t mean we can ignore certain warning signs that may come to fruition moving forward.

*Photo by Jake weirick on Unsplash