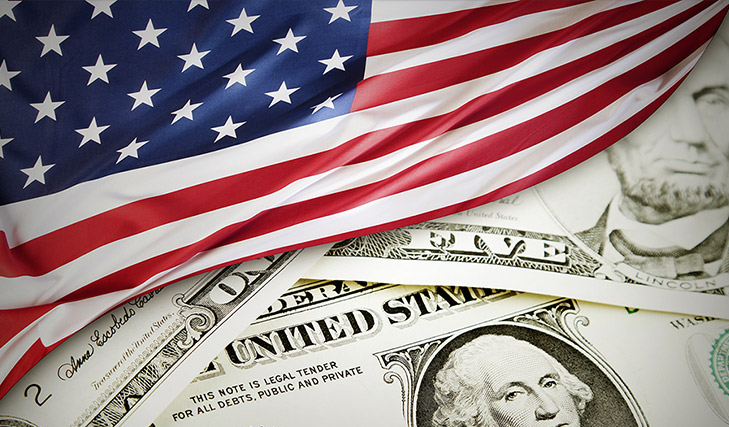 So far in 2018, the U.S. economy has picked up right where it left off in Q4 of 2017 with growth reaching a 6 year high. The big question is whether this growth is sustainable and how federal policy makers will react?

The Federal Reserve raised their fed funds rate again at their June meeting, stating that economic growth has been increasing at a solid rate partially due to our strengthening labor market. The general consensus from that meeting is that the Fed’s projected rate increases remain unchanged with two more this year and three more in 2019. Currently inflation is 80 basis points above the Fed’s target inflation rate of 2%. This will likely result in future rate increases because the Fed increases rates to keep inflation in check if growth is too high. Many economists believe that the recent uptick in growth has been fueled by the new tax cuts and federal spending. Another factor increasing inflation that’s being overlooked is U.S. oil prices recently hitting a four year high mainly caused by a decline in crude supplies triggered by tariff concerns. If these prices continue to increase, it could slow down consumer spending which accounts for more than two-thirds of the total U.S. economic output. Projected consumer spending was down in Q1 & Q2 but is expected to rebound in the second half of the year.

Many believe the recent rapid pace of growth in the U.S. won’t be sustainable. Currently, the U.S. has a record high of $21 trillion in debt which is going to become a very expensive problem as rates continue to increase. The historical low un-employment rate of 3.8% won’t last very long either according to the Fed. They believe in the long run 4.5% un-employment is more sustainable. The recent trade tensions with China and other countries have caused firms to decrease their original growth forecasts for 2018. Recent developments in the global economy have economists slightly more optimistic but the current global economic weakness and uncertainty is still limiting growth here in the U.S. Economic forecasts still have positive U.S. growth projections in the near term but long term forecasts indicate growth to slow down and normalize.

How will all this growth impact municipalities which are already at a disadvantage because tax reform has decreased the attractiveness of investing in municipal transactions? Since September 2017, the 10yr treasury rate has increased 82 basis points and is projected to increase more given the current pace of U.S. growth. Municipalities are now faced with issuing debt in a rising interest rate environment. 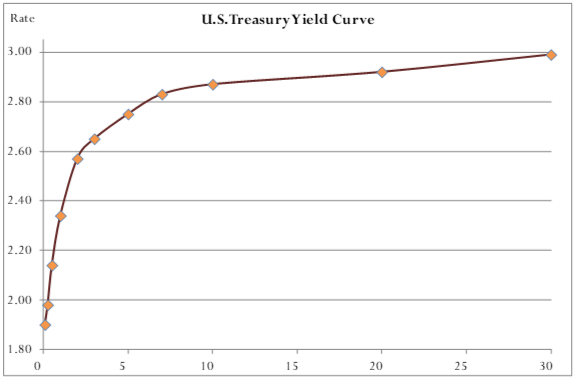 Currently, the difference between short term rates and long term rates are very small compared to historical standards. The gap between the yield on the 10 year treasury and the 2 year treasury has declined to 30 basis points, the smallest gap since August 2007. The gap is even smaller when you compare maturities past 10 years (yield curve chart below). This is causing banks to invest more in short term paper because they can get almost the same yield as they would with a longer maturity, but with a much less risk. This has caused banks to require more yield on longer term transactions.

Year to date municipal issuances have declined almost 22% year over year with refunding issuances down over 55%. The volume of bond issuances have declined but the issuance of municipal notes and leases are about the same year over year which speaks volumes when the total amount of issuances are down 22%. Concerns of price and rate increases are causing municipalities to finance whatever they can through notes and lease purchases until their upcoming bond issuances. Total municipal issuance is expected to rebound from its lackluster first half of the year. Now more than ever, municipalities are pulling the trigger on equipment purchases and other capital projects because the longer they wait, the more they expose themselves to higher borrowing costs.