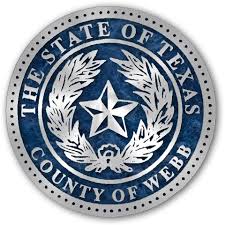 Laredo, Texas (August 2018) – Webb County, Texas,  announces the acquisition of various equipment upgrades across multiple departments within the county. The purchases include law enforcement equipment, radio upgrades, motorgraders as well as other various heavy equipment. The County selected Government Capital as the most cost effective solution for the financing.

“The process was straightforward. This was a quick, easy, cost-effective method to finance much needed equipment,” stated Joe Lopez, Purchasing Agent. “They walked me through each step and responded quickly to our questions and needs so that the funding was completed in a timely manner.”

Webb County, with a population of 273,536, is the largest county in South Texas. Covering 3,376 square miles, Webb County is also the sixth largest in the state. Serving as the County seat to the City of Laredo, the county was named after James Webb. He served as Secretary of the Treasury, Secretary of State, and Attorney General of the Republic of Texas. Later he went on to become judge of the United States District Court following the admission of Texas to statehood. For more information, visit webbcounty.com.

Government Capital Corporation is a leading public finance firm providing professional financial services to all local governmental entities. Since its founding in 1992, the company has successfully completed thousands of project financings in Texas and across the nation. For more information, visit govcap.com.