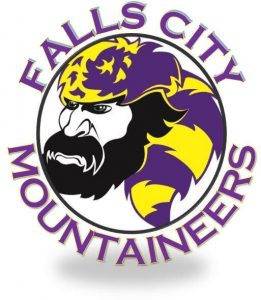 (December 12, 2017) – Falls City School District No. 57 announced today its plans to construct a new gymnasium. The new facility will host volleyball and basketball games with locker rooms for each team, as well as much needed classrooms.
Superintendent Art Houghtaling and Business Manager Debbie Pavon spearheaded the search for funding and the district chose Government Capital Corporation (GCC) to finance Phase I of the project, without the need to issue bonds. To get the project underway, $700,000 was secured to hire an architect and build the shell of the new facility for the students. GCC partnered with attorney James Shannon of Mersereau Shannon LLP in Portland (www.mershanlaw.com), who provided the attorney opinion, legal counsel and all necessary documents.

“Government Capital Corporation provided our district the option we were looking for. Our students have needed this for quite some time and now Falls City can move forward. Soon there will be the additional space for an indoor PE facility, volleyball and basketball practices & games and the added classroom space as the district’s enrollment continues to grow. This is a huge undertaking without issuing bonds, so we’re going to start with Phase I,” stated Debbie Pavon, the district’s Business Manager. “The GCC team is so knowledgeable and easy to talk with. They made the adventure of finding funding much easier.”

Art Houghtaling, Superintendent of Falls City School District said, “When I first heard of GCC, I thought this was too good to be true. I researched them and asked a couple of other school districts for their thoughts about GCC and they all said it was a great company to work with. Without this loan, we would not be able to have a warm and dry place for our kids to play in during the winter months here in Oregon. Thank you to the folks at GCC.”

Ms. Pavon also added, “Once we have Phase I completed, hopefully within a year, we’ll be looking at the next steps with Phase II and III. The most important aspect of any project like this is funding. We may be pursuing another bond and/or grants to add restrooms, basketball and volleyball courts and classroom space. We’re hoping the community will see the need and will reconsider, and approve, a bond. You don’t come across a district of this size, growing at the rate it is, with the remarkable students we have, and not do anything about it.”

About Falls City School District No. 57

Falls City School District No. 57 is located in Falls City, Oregon, in Polk County and serves approximately 200 students. The District’s mission is to provide well-rounded opportunities for students to become productive, positive citizens and life-long learners. Meeting kids where they are and inspiring them to reach their full potential is their guiding principle. For more information: www.fallscityschools.org
www.facebook.com/fallscityschools

– Government Capital Corporation is a leading public finance firm providing professional financial services to school districts and all other local governmental entities. Since its founding in 1992, the company has successfully completed thousands of project financings across the country. For more information: 800-883-1199, www.govcap.com