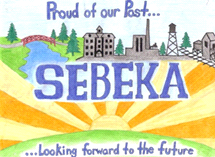 Sebeka, MN (October 2021) – The City of Sebeka announces the upgrade of water meters including an Automatic Meter Infrastructure. This upgrade will allow for more accurate reads and operate more efficiently while improving the service to the residents of Sebeka. This infrastructure project is anticipated to be completed within the next few weeks. Ferguson Meters provided the metering solution including project design and installation. Financing was provided by Government Capital Corporation.

“Our partnership with Government Capital Corporation enabled the city to get this much needed project underway with minimal impact on our water reserve funds,” commented Cheryl Hahn, City Administrator, City of Sebeka. “The process was very simple and the team at Government Capital assisted us every step of the way so we could take advantage of this opportunity.”

About the City of Sebeka

The City of Sebeka is located in Wadena County Minnesota along US Hwy 71, C.S.A.H 12, and the Red Eye River and is home to over 700 residents. The name, Sebeka, comes from an Ojibwe word meaning “town by the water.” The motto of the City of Sebeka is “Small enough to know you… Large enough to serve you!” To learn more visit www.cityofsebeka.org

Government Capital Corporation is a leading public finance firm providing professional financial services to all local governmental entities. Since its founding in 1992, the company has successfully completed thousands of municipal financings exceeding $4.8 billion in Minnesota and across the country. For more information, visit www.govcap.com