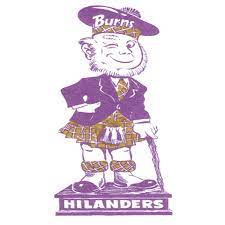 Burns, Oregon (May 2021) – The City of Burns announces the recent refunding of a League of Oregon Cities, LOCAP Program loan. The original note proceeds were used for the land acquisition and construction of the Burns Municipal Airport. The tax-exempt refunding loan structure resulted in a significant savings for the city via a reduced fixed interest rate and contains less restrictive covenants. The structure for the refunding was provided by Government Capital Corporation, Southlake, Texas. Jim Shannon of Mersereau Shannon LLP, Portland, Oregon provided the documentation and legal review.

“The refunding process was seamless and painless and closed within thirty days from approval of the Resolution,” stated Dan Brown, Burns City Manager. “I appreciate the professionalism and knowledge of public finance borrowing regulations exhibited by everyone at Government Capital.”

“It was an honor and a privilege to work alongside Dan Brown, Burns City Manager,” stated Lisa Hot of Government Capital Corporation. “We were excited to be able to save the City thousands of dollars in interest costs. We take great pride in assisting local governments meet their goals and objectives.”

About the City of Burns
Burns is commonly referred to as the gateway to the Steens Mountains. The mountain, a thirty-mile fault block consists of five separate vegetation zones of glaciated gorges, lakes, and meadows. Burns offers breathtaking scenery, outdoor activities of hiking, fishing, hunting, and backpacking. Burns is the county seat of Harney County and has a population of more than 2,800. To learn more visit ci.burns.or.us

About Government Capital Corporation
Government Capital Corporation is a leading public finance firm providing professional financial services to all local governmental entities. Since its founding in 1992, the company has successfully completed thousands of municipal financings exceeding $4.5 Billion in Oregon and across the nation. For more information, visit www.govcap.com