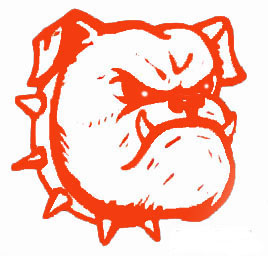 Lexington, Oklahoma (January 23, 2017) – Lexington Independent School District No. 57 announced that LED lighting upgrades are currently being installed throughout its district facilities. Other school districts who have utilized the lighting for an extended period of time report that switching to LED lighting creates a positive effect on student behavior and reduces tension headaches of staff.

Lexington ISD chose the tax-exempt lease purchase offering by Government Capital Corporation (GCC) as the most cost-effective way to finance the project. This financing mechanism covered equipment, installation and ancillary costs associated with the upgrade. The energy savings from the new LED lighting will provide funds for the lease payments over the life of the contract. END_OF_DOCUMENT_TOKEN_TO_BE_REPLACED

Travis County ESD No. 1 and No. 7 Jointly Expand Facilities and Equipment

With financing now in place, two new fire stations and a training facility have anticipated groundbreakings for early 2018 at two locations within the City of Lago Vista. The training tower and Station #103 will be located on the campus of Lago Vista High School, allowing the high school students to begin training their junior year to become an EMT, Firefighter or both. In addition, ESD No.7 is taking delivery on a new ambulance and fire truck within the next few weeks and ESD No.1 has also begun upgrading its equipment. To view photos of the ambulance, firestation plans, and other equipment, click here.

“Government Capital brought a tremendous amount of experience and expertise to the table,” stated ESD Administrator Donnie Norman.  “There are unique financing needs for startup ESDs and Government Capital developed a financing structure which met the needs of the ESDs and will allow us to significantly improve the service to the community.”

About Government Capital Corporation Government Capital Corporation is a leading public finance firm providing professional financial services to Emergency Service Districts and all other local governmental entities.  Since its founding in 1992, the company has successfully completed thousands of project financings in Texas and across the country. For more information: 800-883-1199, www.govcap.com

Ferris EDC chose Government Capital Corporation to provide a 20 year term loan, secured by the EDC’s sales tax revenues. The loan was structured so that the EDC could have the most flexibility to work with the developer to maximize sales tax generation capabilities.

Sean Overeynder, Executive Director of Ferris EDC stated, “We had a very tight timeline to meet and Government Capital Corporation went above and beyond to help us move the project forward quickly. Their process is straightforward and they have excellent customer service.”

“Congratulations to the Ferris EDC for their vision and procurement of land in such an excellent location for development. The I45 corridor will continue to grow and be a significant contributor to sales tax revenues for Ferris for years to come,” stated Kevin Lerner, Senior Vice President of Government Capital Corporation.

About Ferris Economic Development Corporation
Ferris Economic Development Corporation is located in Ferris, Texas, on Interstate Highway 45, 20 miles south of downtown Dallas and serves approximately 2,600 residents. Because Ferris had four brick plants operating during the 1950s, the community gained its nicknames “Brick Capital of the Nation” and “The City that Bricked the World.” There are approximately 76,000 + consumers within a 17 minute trade area of Ferris. For more information: www.ferristexas.gov/economicdevelopment

IS TRUMP’S TAX REFORM A THREAT TO MUNICIPAL BORROWING COSTS?
The recent release of the Trump Administration’s tax proposal has led to speculation about what these changes could mean for municipal borrowing costs. The proposal still needs to be reconciled in and approved by both houses of Congress before the new tax reform is officially enacted. The advertised plan of cutting taxes to spur economic growth sounds great to many and could be the essential cure for our economy’s current lackluster growth rate of around 1.80%.
However, what’s not being advertised, but is very much at the forefront of the municipal finance world is the almost immediate increase in municipal borrowing costs that will occur if the decreased tax rates become reality. To illustrate, a municipal lender or bondholder in the 35% effective tax bracket that purchases a tax-exempt municipal bond or other form of tax-exempt indebtedness yielding 2.50% receives a tax equivalent yield of 3.85 (2.50%/(100%-35%)). To say it another way, the lender would have to invest its funds in a taxable instrument at 3.85% to achieve the same 2.50% after-tax yield. So, let’s take a look at what happens if President Trump’s tax reduction plans come to fruition and the municipal lender is now subject to a lower tax rate of 25%. The lender would now need a 2.89% to maintain the same tax equivalent yield of 3.85% (3.85% * (100%-25%)). In a $3.8 Trillion municipal bond market, this potential 15.6% increase in tax-exempt borrowing costs should not be overlooked.
Setting aside President Trump’s tax agenda, let’s review what’s been on the Federal Reserve Bank’s agenda over this past quarter. As planned, the Federal Reserve did not increase the Federal Funds Rate in their most recent Open Market Committee meeting. However, Chairwoman Yellen, along with 75% of the Committee members are still forecasting an increase of 0.25% for their upcoming December meeting. They believe the U.S. economy is still on good solid footing, even though growth and inflation continue to lag their expectations. Accordingly, the general consensus among the Committee is that they will raise the Fed Funds Rate three times in 2018.

In summary, the U.S. economy remains headed in a positive direction. Despite the horrifying and disruptive impacts of the recent hurricanes and tropical storms, economic growth prospects are good and the proposed tax cuts could provide a nice tail wind. Municipalities will continue to participate in and contribute to the growth of our economy, but will likely see their borrowing costs go up heading into 2018.

Quitman, Louisiana (September 25, 2017) ‐ The Quitman Fire Protection District No. 1 announced the order of four 3,000-gallon pumper/tanker trucks manufactured by Fouts Bros Fire Equipment of Smyrna, GA. The 2018 model year trucks are new additions to the District’s fleet of emergency service vehicles. The first of the new apparatus will be placed in service in October with three following early next year. The new apparatus will be housed at each of the District’s four stations. The District paid cash for one truck and was able to order an additional three identical units by utilizing a tax-exempt lease purchase structure with a ten-year repayment term.

“We have used Government Capital Corporation for two previous financings. The lease purchase financing process is painlessly easy. Marti Sauls and D.C. Greer are easy to work with and bend over backwards to help. I am relieved that I have trucks ordered and money in the bank to pay for them. I’ve been very pleased. GCC is my first choice.” stated Philip Brown, Fire Chief for the District.

D.C. Greer, Vice President of Government Capital Corporation, stated “It has been truly an honor to work with the Quitman Fire Protection District over the years. Their outstanding leadership and organization makes our job much easier.”

About Quitman Fire Protection District No. 1
Quitman Fire District No. 1 is located in the Northern portion of Jackson Parish in northeast Louisiana. The service area encompasses the Quitman city limits and surrounding area with a population of approximately 2,500. The District responds to an average of 160-180 calls annually and currently operates out of two stations. The main Central station is located downtown Quitman, Station 2 is in Clay, and Station 3 is currently under construction on Beech Springs Road in Quitman. A fourth station is planned for the Ansley area.

About Government Capital Corporation
Government Capital Corporation is a leading public finance firm providing professional financial services to Fire Protection Districts and all other local governmental entities. Since its founding in 1992, the company has successfully completed thousands of project financings in Louisiana and across the country. For more information: (800) 883‐1199, www.govcap.com.

The historic Mulkey Theatre built in 1946 will be renovated to bring it back to not only a working movie theatre, but also give it new life as a performance hall, conference center and the City’s official Visitors’ Center. The EDC and City plan to establish Mulkey Theatre as a distinctive place for civic meetings, educational conferences, and performing and visual arts.

Government Capital Corporation was selected to provide a 20 year term loan, secured by the EDC’s sales tax revenues. David Dockery, City Manager, stated, “Government Capital Corporation made the process smooth. They walked us through each step of the process and responded quickly to our questions and needs. These projects are for the community of Clarendon and will benefit future generations to come.”

“I applaud the EDC Board, the City Council, and the City administration on their vision of revitalizing the Mulkey Theatre and the new pool project. These two projects will not only infuse more pride in Clarendon, but also benefit the city’s economic growth due to people coming to visit, shop and play,” said Drew Whitington, Client Services Representative of Government Capital.

About Clarendon Economic Development Corporation and the City of Clarendon
Clarendon Economic Development Corporation is located in Clarendon, Texas, on U.S. Highway 287 in the Texas Panhandle, 60 miles East of Amarillo. Clarendon is the Donley County seat which serves approximately 2,000 residents. The Clarendon EDC has a Type B status, allowing them to fund developing industries, while cultivating their community and improving the quality of life in Clarendon. For more information: www.clarendontx.com/cedc