Fairfield, Texas (April 2018) – The Fairfield Economic Development Corporation announced plans for the development of a $2 million industrial park infrastructure project located in Fairfield, Texas just off Interstate 45. KSA Engineering, Inc., from Lufkin, Texas will provide the professional services. The project improvements are to include 1,650’ of new street, 12” water lines, 8” sewer, new sanitary sewer lift station, 6”natural gas, three-phase power and telecommunications. Construction is scheduled to start within the near future and once completed will provide 110 acres of shovel ready land for development.

Fairfield EDC chose Government Capital Corporation to provide financing for $1.5 million of the project in the form of a 15 year term loan secured by the EDC’s sales tax revenue. David Fowler, President for the Fairfield EDC stated “Government Capital had the best competitive rates and terms for our project. Their customer service and expertise are second to none.”

“This is a great example of dedicated leaders being responsible with their resources and diligently assessing the needs of the growing area. It was my pleasure to work alongside this great team.” stated Michelle Sanders, Client Manager at Government Capital Corporation. “I would like to congratulate Mr. Fowler and the Board for their work and foresight.”

About Fairfield Economic Development Corporation
The Fairfield Economic Development Corporation (FEDC), is a non-profit, Type A, economic development corporation whose mission is to promote, assist and enhance economic development opportunities in Fairfield, Texas. Our company is funded by a portion of the sales tax receipts from the City of Fairfield. FEDC’s primary focus is on employers that sell a majority of their products and services to markets outside our regional economy. An economic growth factor is realized by the City of Fairfield’s retail and services sectors. For more information: fairfieldtx.com

In August 2017, the Natchitoches Parish Fire Protection District No. 4 announced the order of three 3000 gallon pumper/tanker trucks manufactured by Fouts Bros Fire Equipment of Smyrna, GA. You can read our press release announcing the order by clicking here.

Those tanker trucks were put into service in the last week of April 2018.

See the photos of the new trucks below: 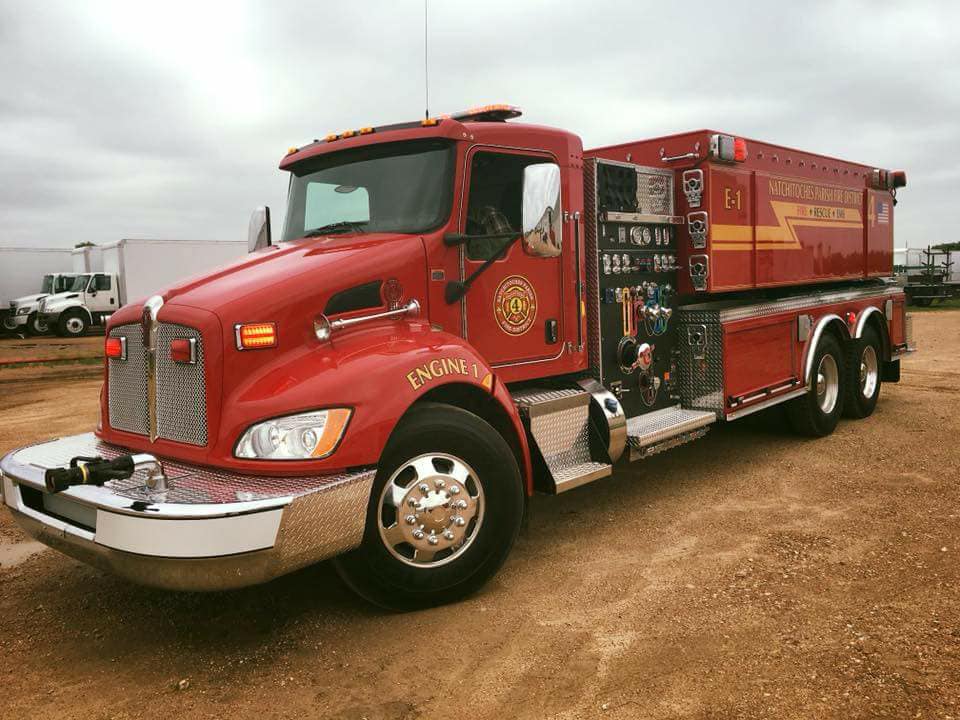 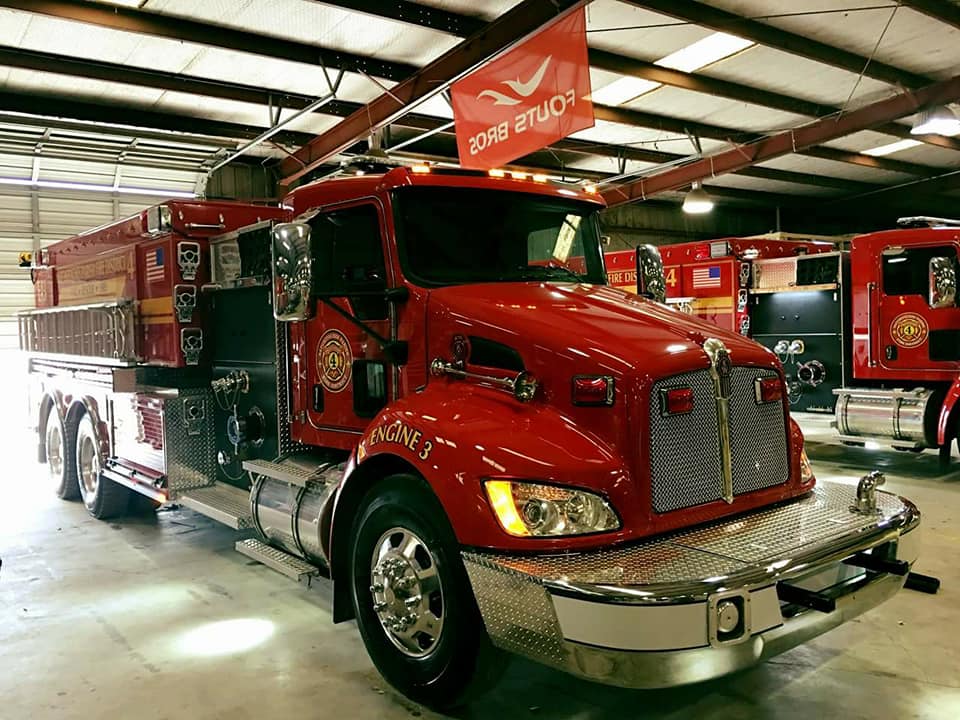 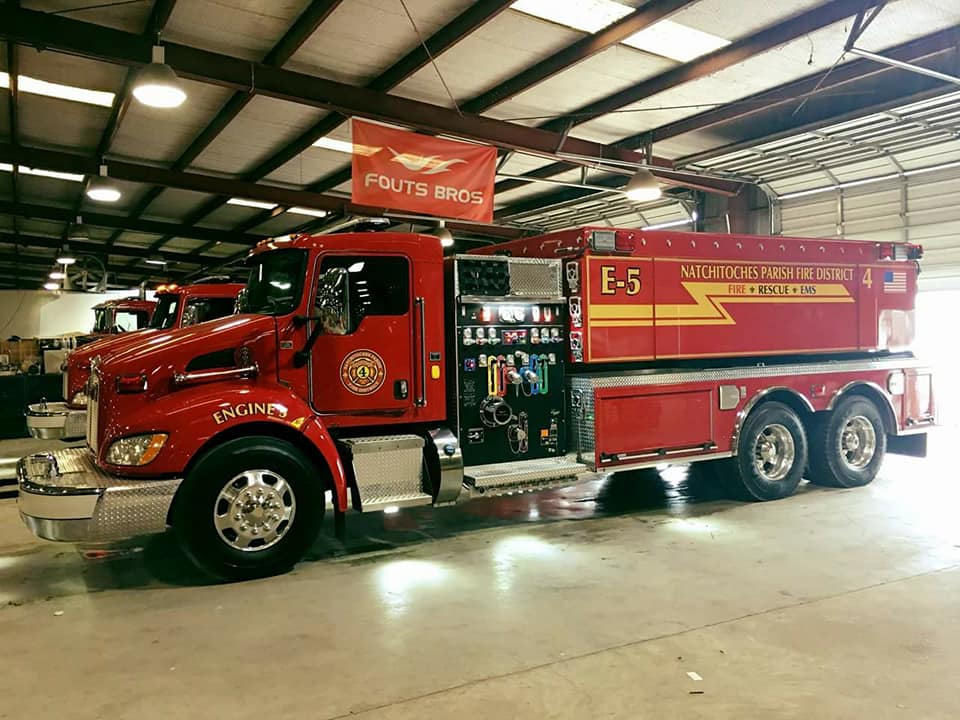 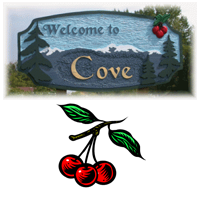 “The tax exempt lease purchase was a simple and straightforward process. Government Capital walked me through each step and responded very quickly to our questions and needs,” stated Debra Hansen, EMS Captain.

“The bundled purchasing arrangement provided by Cascade Fire Equipment allowed Cove Fire Protection District to benefit greatly from the reduced equipment savings. Had they purchased in smaller quantities, their total price per unit would have ended up being much higher,” stated Jeff Lloyd of Cascade Fire Equipment.

“We were delighted to partner with Cove Fire Protection for the Department’s financing,” said Josh Rosser, Government Capital Corporation Client Manager. “I want to congratulate Captain Hansen and the Board for their foresight and leadership with upgrading equipment. This purchase will ensure the safety of the staff and will benefit the Department for many years. The financing partnership allowed the District to buy all their equipment at once which helped them take advantage of manufacturer volume discounts.“

The Cove Fire Protection District was formed in 1955 and continues to provide volunteer fire service throughout the Cove, Oregon community which has a service area population of 2650. The City of Cove is eastern edge of Grande Ronde Valley in Union County and has been a cherry and peach production center for over 100 years with over 500 acres of commercial orchards. For more information, visit coveoregon.org/cove‐fire‐protection‐district.

Government Capital Corporation is a leading public finance firm providing professional financial services to Fire Protection Districts and all other local governmental entities. Since its founding in 1992, the company has successfully completed thousands of project financings in Oregon and nationwide. For more information, visit govcap.com.

Cascade Fire Equipment opened its doors in 1985. After retiring from Western Fire Equipment in San Francisco, and moving to Medford, Oregon, Dan Lloyd, and his wife, Laura, started the business. The company grew, family joined the business, and today we employ 50 people, manufacturing 60% of the products we sell, and doing business worldwide. Dan’s sons and grandsons now manage Cascade Fire Equipment and strive to live up to Dan’s outstanding example of hard work, leadership and integrity. For more information, visit cascadefire.com. 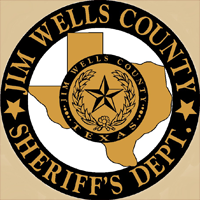 Sheriff Bueno stated “I am very pleased with the process. Government Capital made it simple from start to finish. Financing allowed us to get new equipment and vehicles which are needed to continue providing the service to the constituents of Jim Wells County. It also provided us a solution to fund projects which could normally not be afforded if we had to pay lump sum.”

“We worked closely with the Chief Deputy to provide the best possible funding for their purchase,” stated Drew Whitington, Client Services Manager. “The financing allowed Jim Wells County Sheriff’s Office to replace some aging vehicles without depleting their fund balance.”

Jim Wells County, Texas is a county located approximately 120 miles south of San Antonio, Texas and 45 miles west of Corpus Christi, Texas. The county seat is located in Alice, Texas and has an approximate population of 41,000. For more information, visit co.jim‐wells.tx.us.

Government Capital Corporation is a leading public finance firm providing professional financial services to counties, municipalities and all local governmental entities. Since its founding in 1992, the company has successfully completed thousands of project financings in Texas and across the nation. For more information, visit govcap.com. 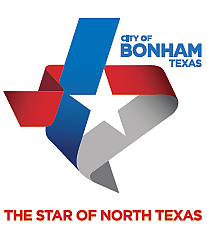 Bonham, Texas (April 2018) – The City of Bonham announced the purchase of new equipment for various city departments. The new equipment will be used in the Parks & Recreation and Streets Departments. In addition, the Administration and Police departments will benefit from new accounting servers, accounting software and other technological improvements. Government Capital was selected to be the most cost effective, tax exempt solution.

“The financing solution structured by Government Capital Corporation was the perfect option for our needs. The five year term provided the budget flexibility our City needed. Additionally, the process was simple, cost effective and permitted us to avoid the cost and delay associated with traditional debt financing,” stated Sean Pate, City Manager.

“We worked closely with the City Administration to provide the best possible funding for the various city projects,” said Drew Whitington, Client Services of Government Capital Corporation. “The financing provided allowed the City of Bonham to obtain some much needed improvements without depleting their fund balance.”

About City of Bonham

Bonham, with a population of 10,127, is the county seat of Fannin County, Texas and located approximately 75 miles northeast of the Dallas/Fort Worth metroplex. Bonham is one of the oldest cities in Texas dating back to 1837 and is home to the late Sam Rayburn who served as the Speaker of the U.S. House of Representatives for 17 years, the longest tenure in U.S. history.  Bonham has a rich history and is a great place to call home. For more information, visit cityofbonham.org.

Government Capital Corporation is a leading public finance firm providing professional financial services to all local governmental entities. Since its founding in 1992, the company has successfully completed thousands of project financings in Texas and across the nation. For more information, visit govcap.com.

Liberty Hill, Texas (April 2018) – The Liberty Hill Fire Department under Williamson County Emergency Service District No. 4 announced today the groundbreaking for the construction of Fire Station Number Two.  This 10,500 square foot facility with 2 ½ pull though bays will include sleeping quarters for up to 10 fire fighters.  Southlake, Texas based Government Capital Corporation was selected to provide financing for the project. 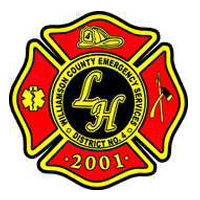 “This station project will allow us to maintain and enhance our level of service to the constituents in this fast growing part of Williamson County,” stated Anthony Lincoln, Fire Chief for Williamson County Emergency Service District No. 4. “We have worked with Government Capital for several years on a variety of purchases and their twenty year, fixed rate financing structure was crucial in meeting the ESD’s financial goals for this project.”

“I want to congratulate Williamson County ESD No. 4 for proactively addressing the fire suppression and EMS needs of the District,” stated Ed King, Government Capital Corporation Senior Vice President. “Like most ESD’s in Texas, Williamson County ESD No. 4 is continually being asked to do more with less. This project will address current and future needs of the ESD and ensure it is on a stable footing for many years to come.”

About Williamson County ESD No. 4

Government Capital Corporation is a leading public finance firm providing professional financial services to Emergency Services Districts and other local governmental entities. Since its founding in 1992, the company has successfully completed thousands of project financings in Texas and across the country. For more information, visit govcap.com.